the grip of life 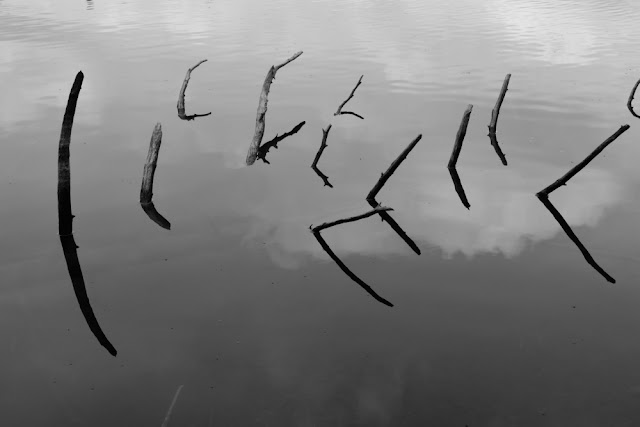 Say "death" and the whole room freezes--
even the couches stop moving,
even the lamps.
Like a squirrel suddenly aware it is being looked at.

Say the word continuously,
and things begin to go forward.
Your life takes on
the jerky texture of an old film strip.

Continue saying it, hold it moment after moment inside the mouth,
it becomes another syllable.
A shopping mall swirls around the corpse of a beetle.

The grip of life is as strong as the grip of death.

Posted by movingstillness at 9:47 AM