the first time percy came back 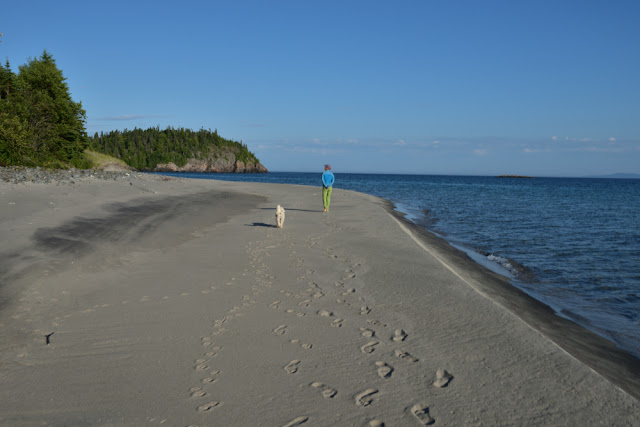 The first time Percy came back
he was not sailing on a cloud.
He was loping along the sand as though
he had come a great way.
"Percy," I cried out, and reached to him -
those white curls -
but he was unreachable.  As music
is present yet you can't touch it.
"Yes, it's all different," he said.
"You're going to be very surprised."
But I wasn't thinking of that. I only
wanted to hold him. "Listen," he said,
"I miss that too.
And now you'll be telling stories
of my coming back
and they won't be false, and they won't be true,
but they'll be real."
And then, as he used to, he said, "Let's go!"
And we walked down the beach together.

Posted by movingstillness at 11:32 AM